This chickpea omelette is the best invention for a vegan breakfast since sliced bread!  It’s vegan, gluten-free, soy-free, and of course egg-free, yet tastes surprisingly similar to egg omelettes!  If you haven’t cooked with chickpea flour yet, you have to try this recipe!  It cooks up like magic! 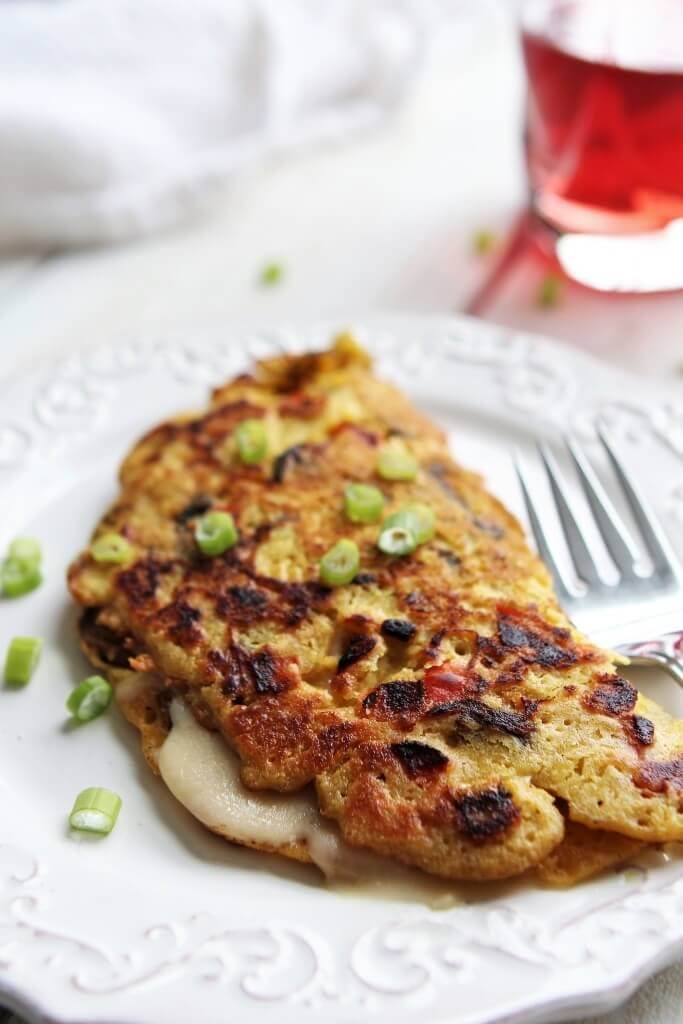 They’re incredibly easy to make and you can add any of your favorite ingredients like mushrooms, peppers, spinach, or onions.  Fold in some vegan cheese and you will have an unbelievable vegan chickpea omelett!

Why you will LOVE these vegan omeletts…

What are chickpea Omelettes made from?

These vegan omelettes are made from chickpea flour aka garbanzo bean flour.  If you have never used chickpea flour before, it’s pretty amazing stuff!  It is high in protein and fiber and when mixed with water and cooked, has an egg-like flavor and texture. 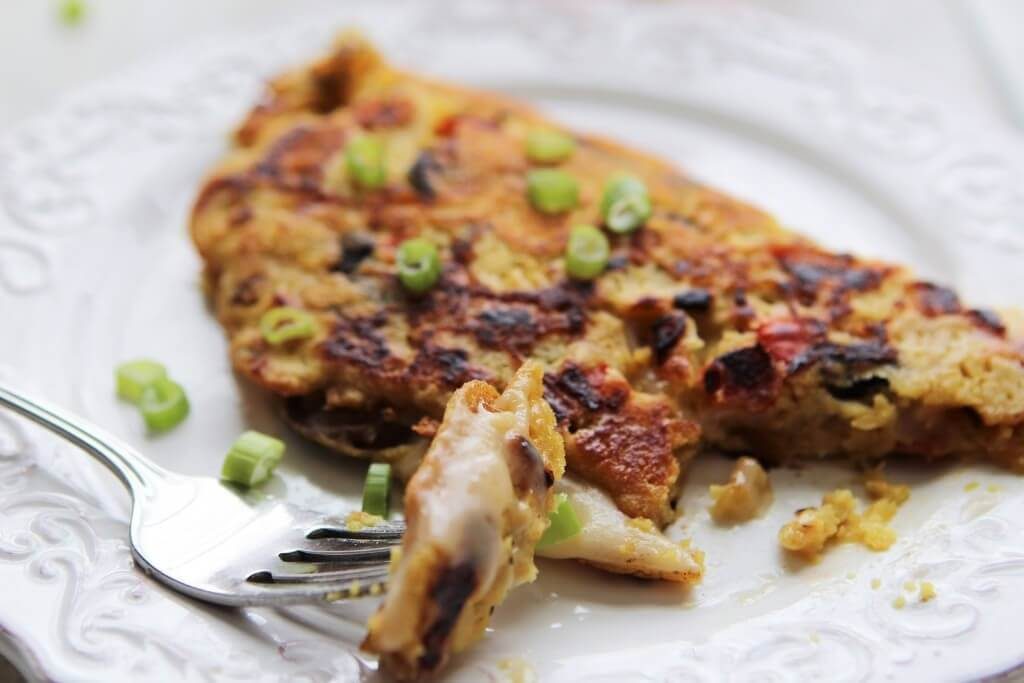 How do I make a chickpea omelette?

What things can I add to a vegan chickpea omelette?

Tips for making a great chickpea omelette every time:

What else can I do with chickpea flour?

If you like these chickpea omelettes, you will love this chickpea bread.  It’s gluten-free, vegan, and yeast free and you can change it up and make any flavor that you want.

Want to make these vegan omelettes when you are camping?

See my vegan boil in a bag omelettes for the best vegan camping food idea ever! 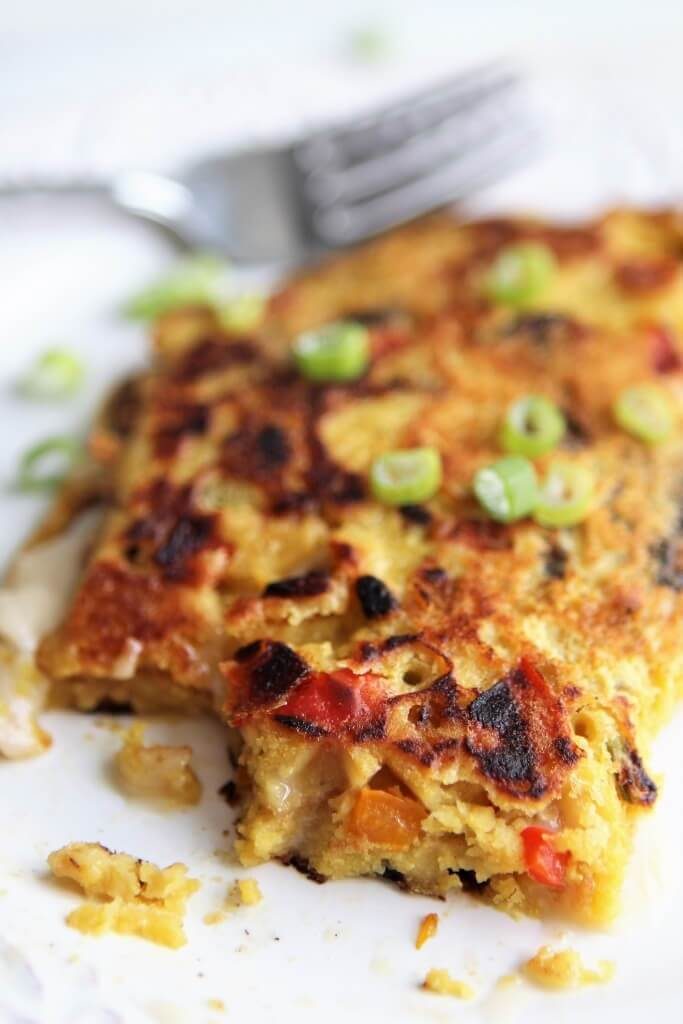 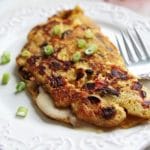 A gluten free, soy free, and vegan omelette using chickpea flour and fried in a skillet.

With over 20 years of being vegan and raising 2 vegan boys since birth, I’ve learned how to feed a hungry vegan family! I created The Hidden Veggies to share my recipes, tips, and tricks with all of you. You will find recipes for “normal” everyday comfort foods that you and your whole family will LOVE!
~Veganizing all the classic recipes that you crave!
More about Monica

We are a participant in the Amazon Services LLC Associates Program, an affiliate advertising program designed to provide a means for us to earn fees by linking to Amazon.com and affiliated sites. View our privacy policy.
3431shares