This aquafaba ice cream is simply the best way to make ice cream without an ice cream maker.  It comes out light, fluffy, creamy and delicious every time. Easily make your favorite ice cream flavors by adding fruit, chocolate, peanut butter or caramel.  This no-churn ice cream is vegan, nut-free, and gluten-free too so everyone can enjoy it! 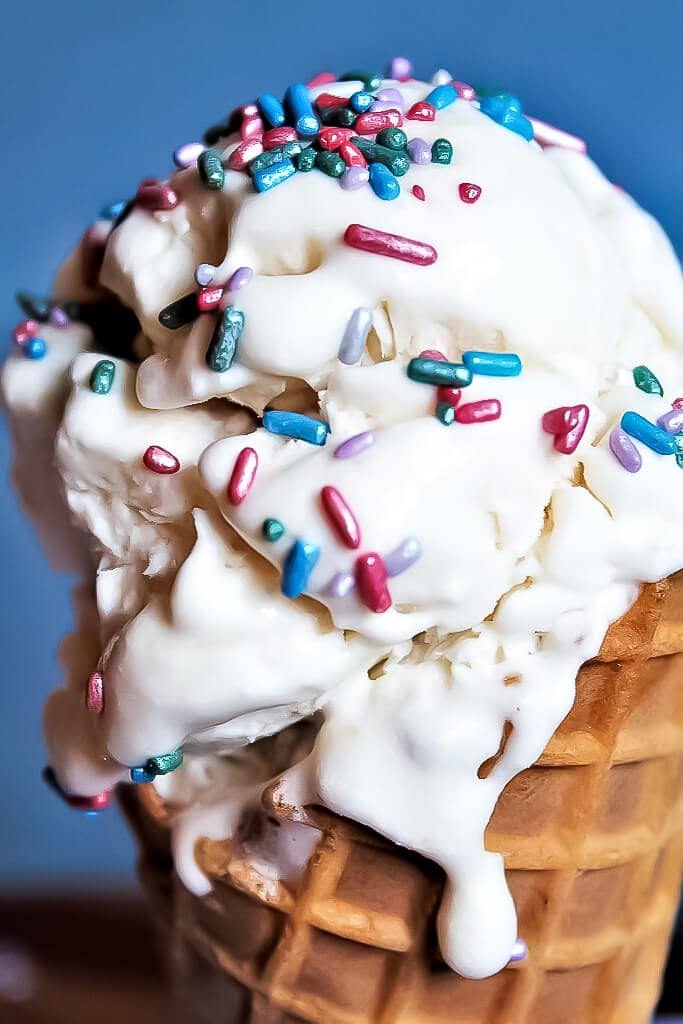 How can I make ice cream without an ice cream maker?

Make your ice cream from aquafaba for a light and fluffy ice cream that will stay soft enough to scoop when completely frozen. 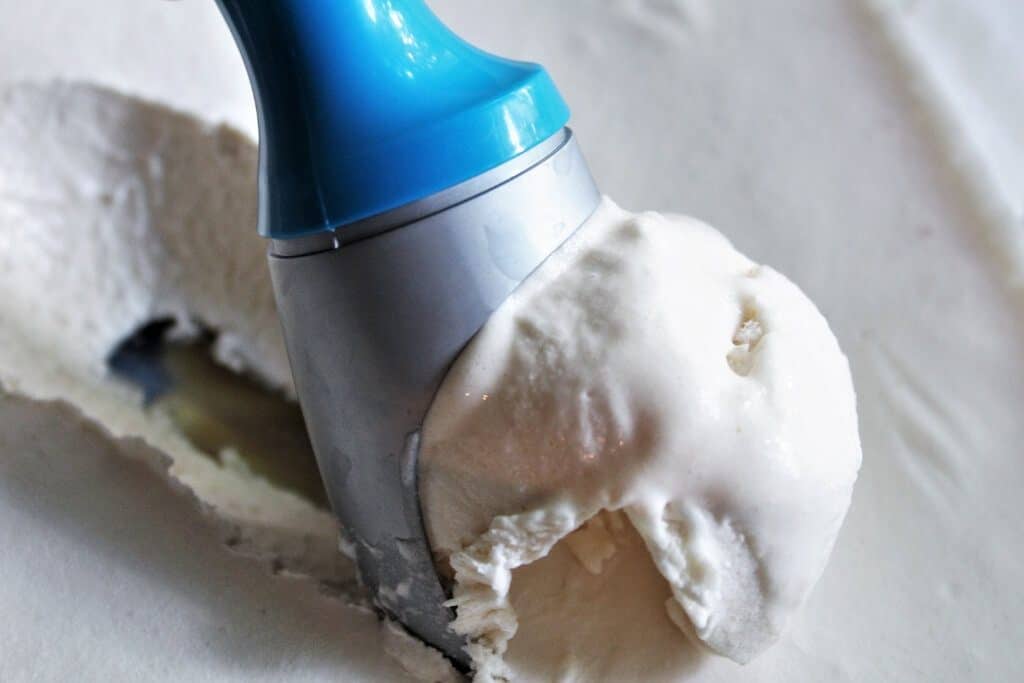 Aquafaba means bean water in Latin. It is the liquid that you drain off a can of beans. This cooking water contains enough protein from the beans that it acts like egg whites in many ways, therefore, you can whip it into a meringue or whipped cream like substance.

What you need to make Aquafaba ice cream...

How do I make aquafaba ice cream? 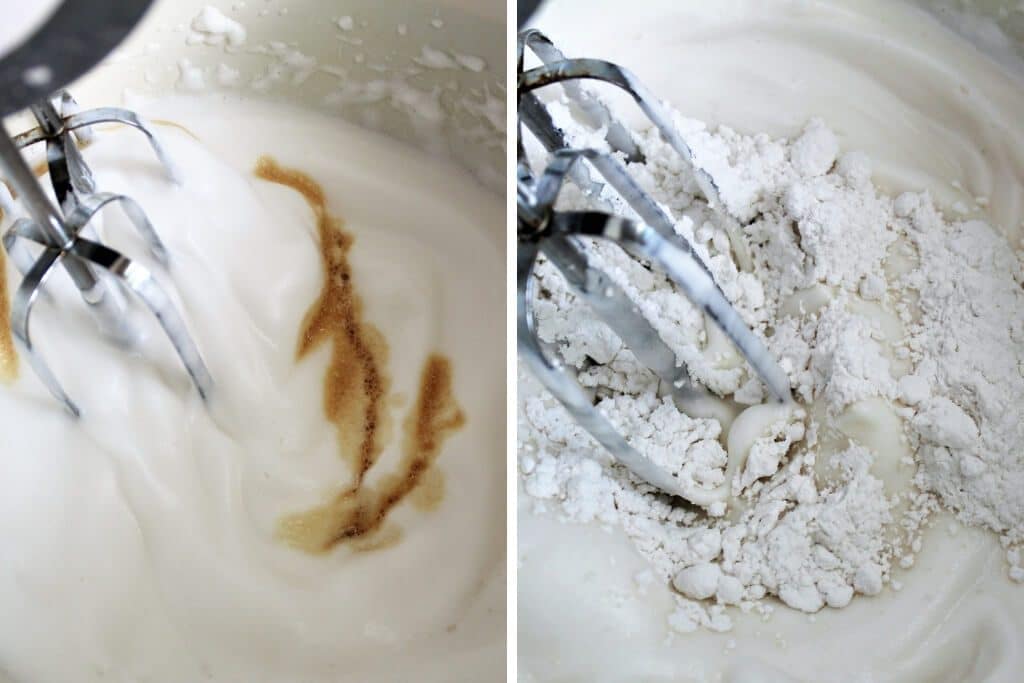 Time to make the flavor ice cream of your choice…. 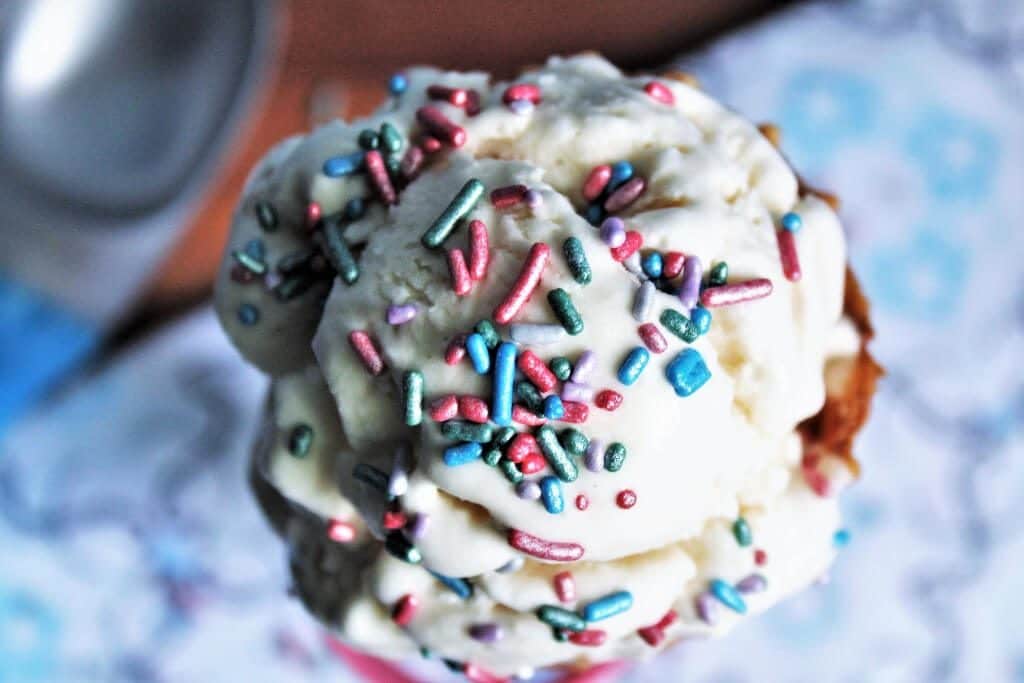 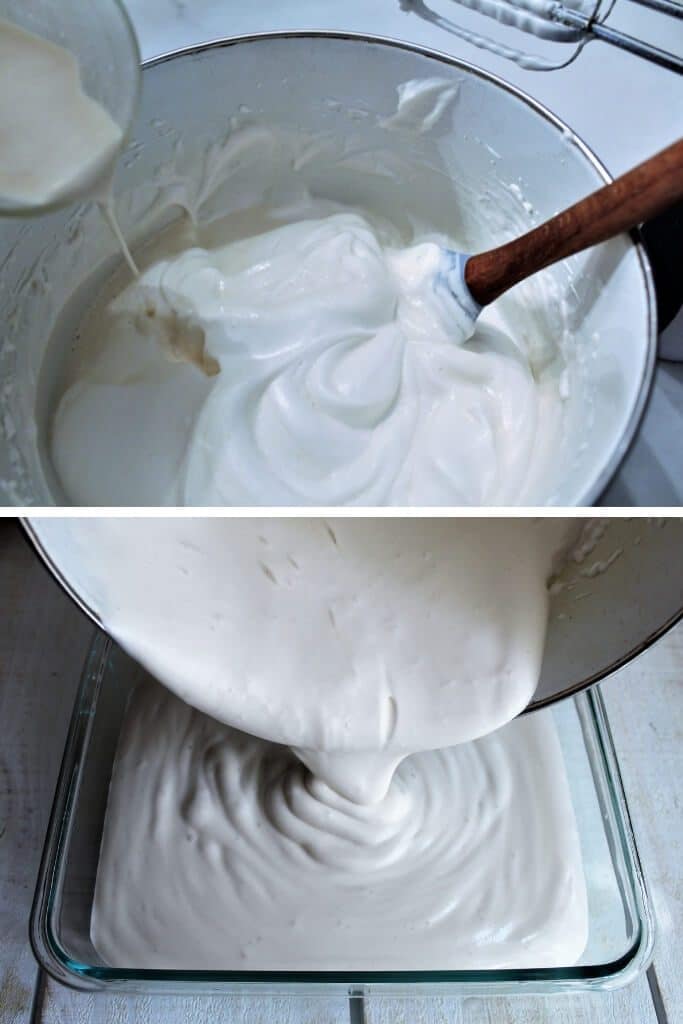 Your ice cream will set perfectly and easily scoop out of the pan even days later.

Tip:  I like to use these 6 cup sized Snapware containers because the batch fits perfectly and it has an airtight lid so your ice cream doesn't absorb the flavors of the freezer.  If you don't have a container like this, cover your ice cream with plastic wrap to seal in freshness.

What if I want to add other flavors to the ice cream?

To add swirls of flavor, make the vanilla ice cream and then fold in chocolate syrup, vegan salted caramel sauce, peanut butter or chocolate chips just before freezing it.  You may want to give it another stir about 1 hour after freezing if items look like they are sinking to the bottom.

Do you want to make a vegan ice cream Sunday? 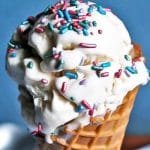 For the Aquafaba Ice cream base:

Or Pick One of the Additional Flavor Options:

Blend the Milk Mixture and Flavor of Choice:

We are a participant in the Amazon Services LLC Associates Program, an affiliate advertising program designed to provide a means for us to earn fees by linking to Amazon.com and affiliated sites. View our privacy policy.
13768 shares