Vegan Soy Chorizo or Soyrizo or whatever you want to call it, it's spicy, meaty, and delicious!  You can find different varieties of soyrizo at many grocery stores.  Even Trader Joe’s has their own soy chorizo that’s really tasty.  However, it’s so easy to make your own, you will never need to buy the store-bought varieties again! 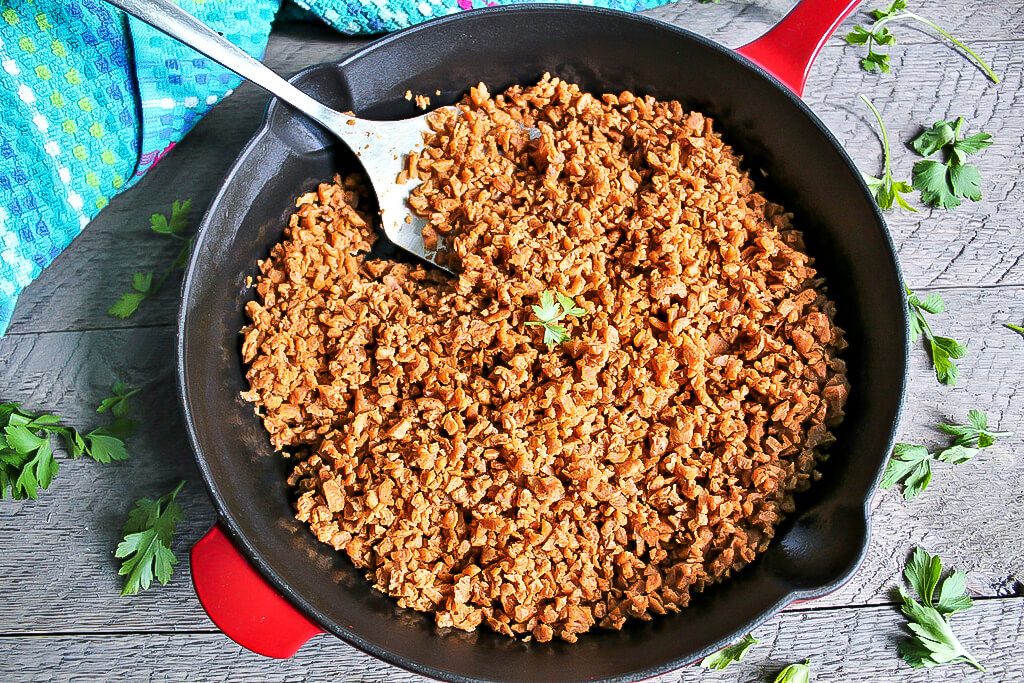 With just a few simple ingredients you can make this recipe in about 10 minutes.

Why make your own Soyrizo?

What is soy chorizo?

Soy chorizo is a spicy meat substitute made from soy protein or TVP.  It makes a great meat alternative for tacos, soups, chili, or any spicy Mexican style dish. 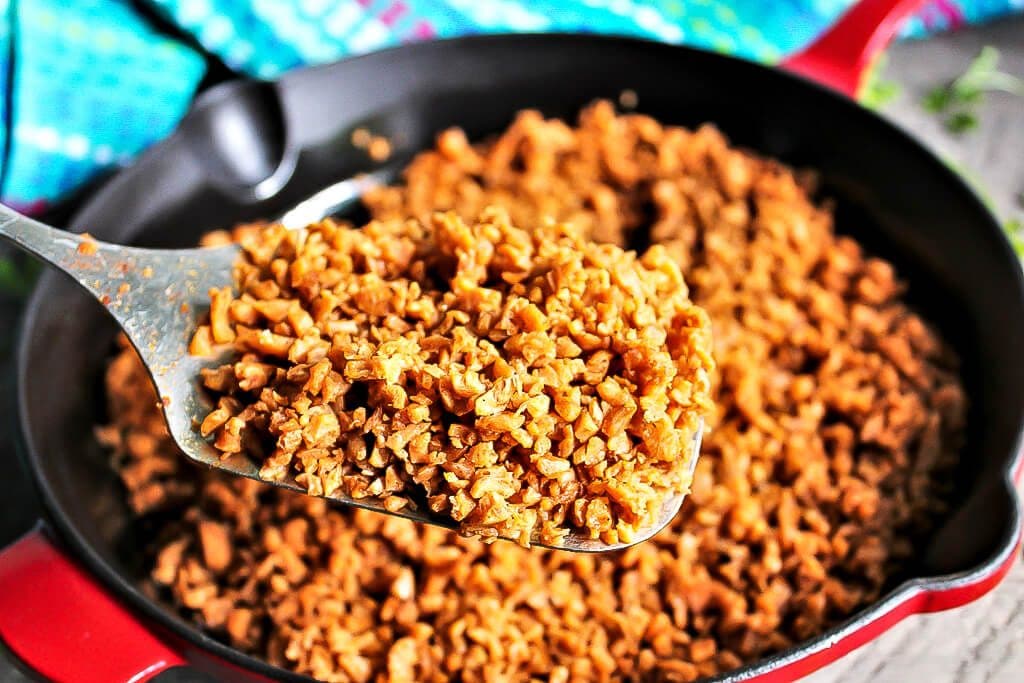 TVP stands for textured vegetable protein. It is essentially dehydrated soy flour.  It soaks up the flavor of anything that you re-hydrate it with and then can be used as you would any meat substitute.  You can find it at most health food stores in the bulk section or with the Bob's Red Mill section of many grocery stores.  I even find variations of it at local Mexican and Indian markets.  You can also use Bulter fine soy crumbs which are made with whole soy instead of soy flour.

Yes! This homemade version is gluten-free too!

How do you make soy chorizo?

Can I make soy chorizo with tofu?

Yes! To make it with Tofu instead:

Is Soyrizo healthier than chorizo?

Vegan chorizo, aka soyrizo, is made from soy has less fat than typical chorizo and 0 cholesterol. 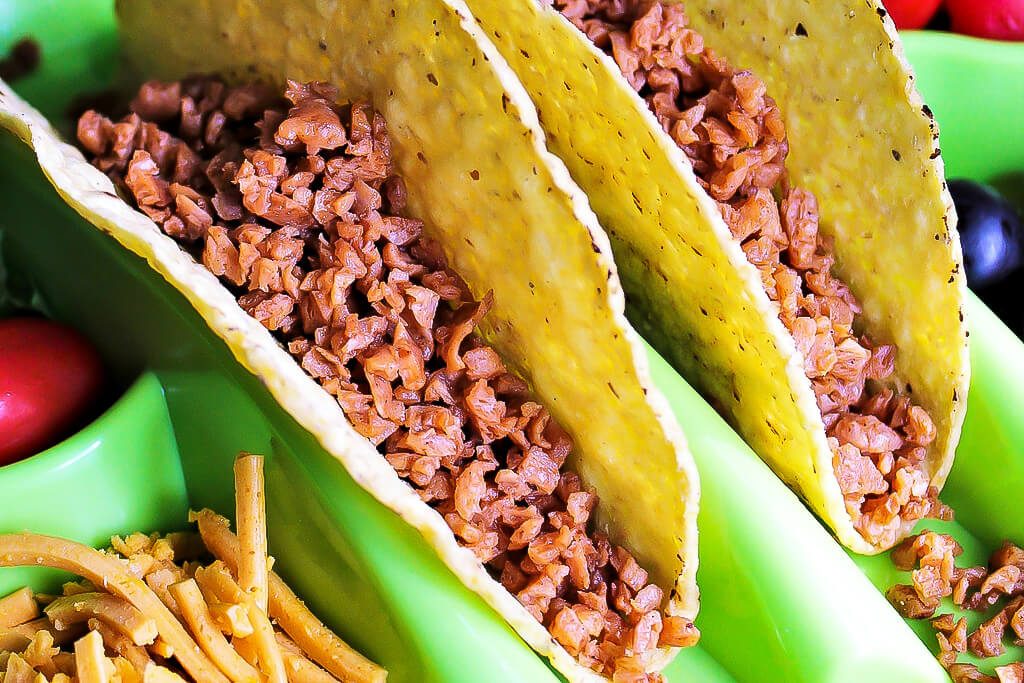 What recipes can I make with soy chorizo?

Soy chorizo is great to just fry up and use as spicy "meat" in tacos, burritos, chili or soups.

One of our favorite things to make with it is soy chorizo dip!  Whip up this dip in minutes for your next party!  It will be a hit for sure! 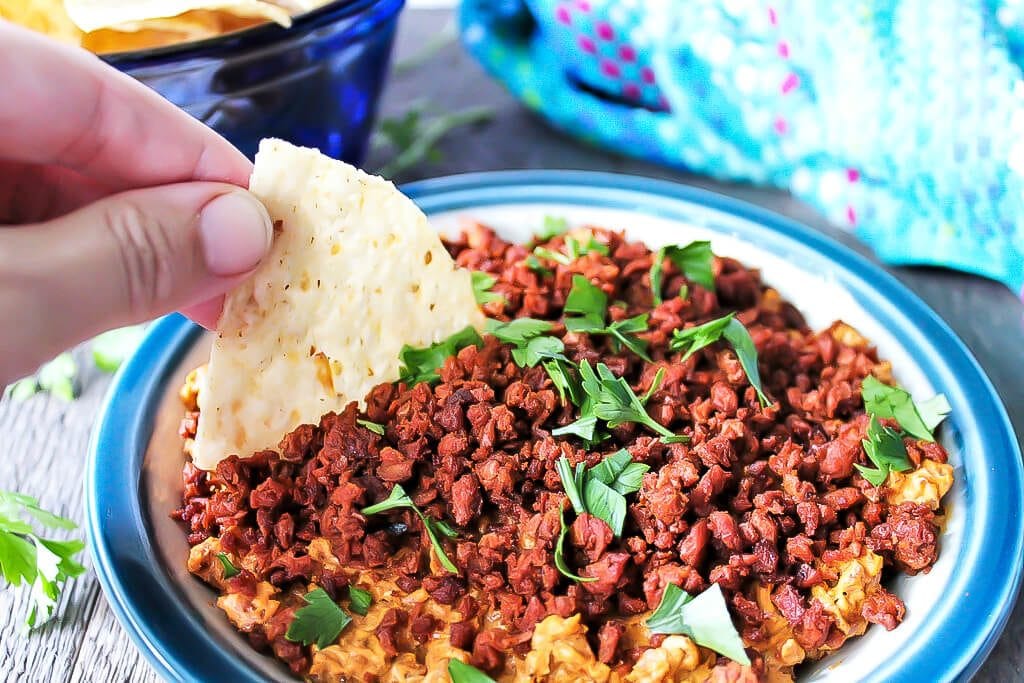 Looking for some more meaty vegan recipes? Give these a try!

Be sure to follow me on Instagram or Pinterest for daily vegan inspiration and recipe ideas!  Tag me at #thehiddenveggies!  I love to see what you made too! 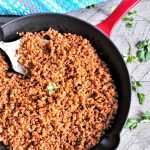 A homemade soyrizo aka soy chorizo make with TVP and spices.

To make with Tofu instead:

We are a participant in the Amazon Services LLC Associates Program, an affiliate advertising program designed to provide a means for us to earn fees by linking to Amazon.com and affiliated sites. View our privacy policy.
1316shares