Vegan Green Chile Stew is the ultimate comfort food for any vegan who loves New Mexican green chile!  It's a cream-based soup made with vegan "chicken," potatoes, veggies, and fresh roasted green chiles! 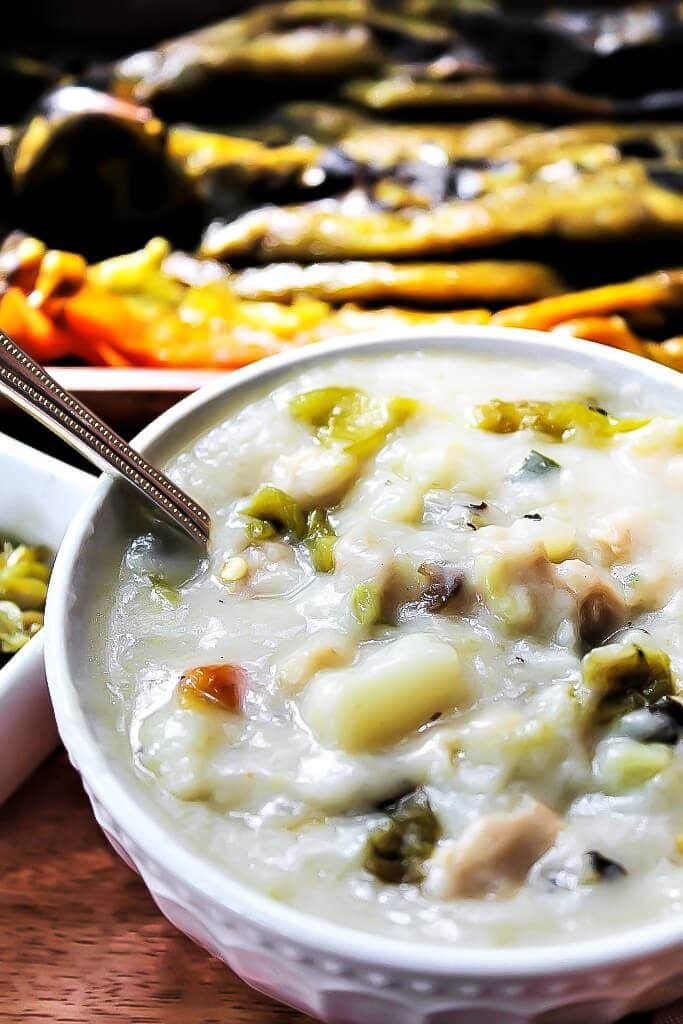 What is Vegan Green Chile Stew?

When most people hear chile, they think of Texas chile which is a thick bean stew with beans, meat, and chili powder. New Mexican chile is a totally different dish.
For Green chile stew, I’m talking about roasted green chile peppers from Hatch NM. These are Anaheim peppers that are grown in the Hatch Valley along the Rio Grande near Hatch NM. (The climate in this specific region gives the peppers their unique flavor). 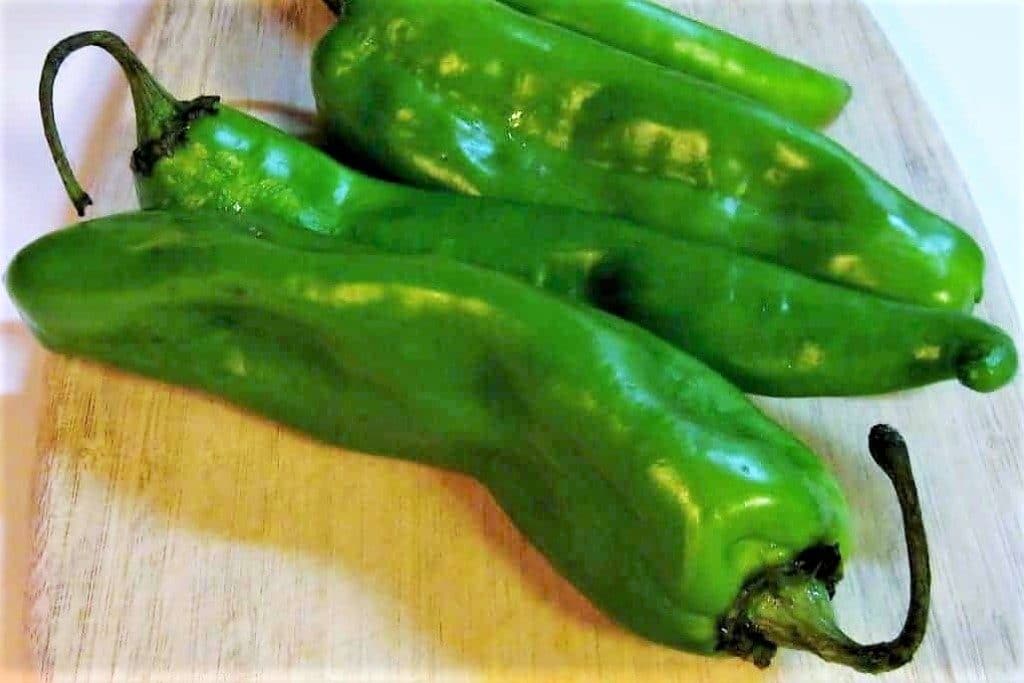 If you have ever been in New Mexico in the fall, you have smelled the green chiles roasting from seemingly every street corner. It kind of smells like someone burnt their peppers while smoking a joint. The smell used to make me gag when I first moved to NM, but now it reminds me of the magical taste of green chile stew! 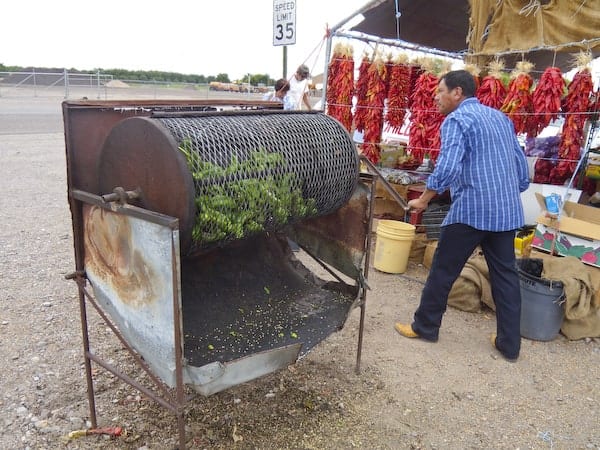 If they don’t roast the chiles, they string them up into ristras. The chiles turn red as they dry out in the sun. One may think that they are nothing more than an iconic New Mexican decoration, but the ristras are functional to dry out the peppers to be used to make their equally popular red chile dishes. 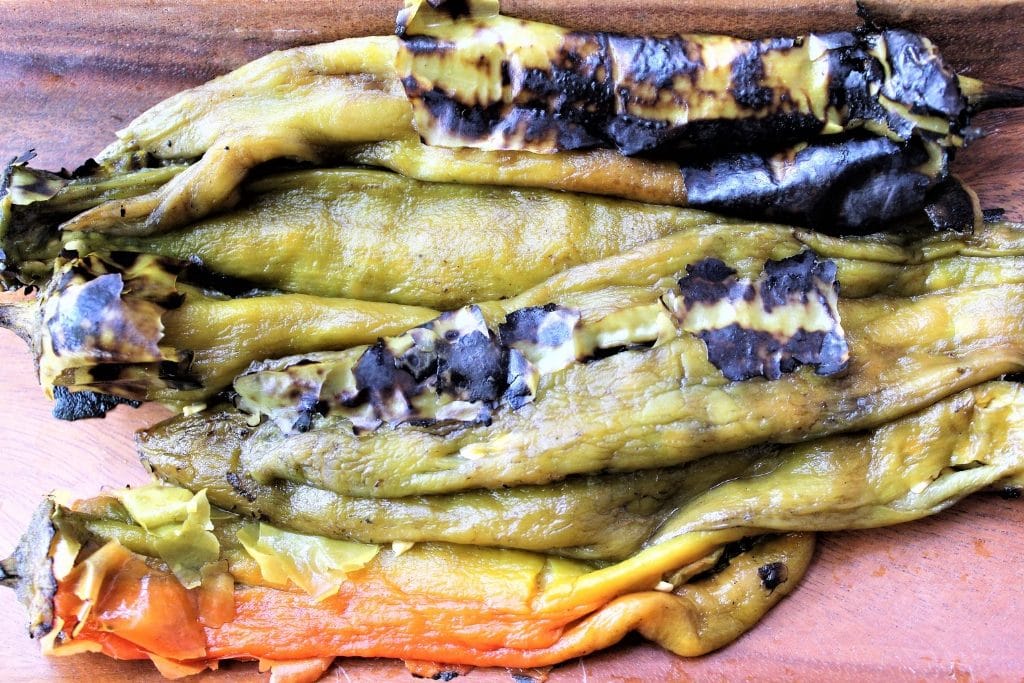 Where to buy green chiles

Green chiles are sold fresh (or frozen if out of season) in most grocery stores and farmers markets in the Southwestern region of the United States.  If you don't live in this region, you can order green chiles in a can or a jar from Amazon or you may be able to find them at a Mexican market.

The peppers range greatly in spiciness, so you want to adjust the number of chile peppers to control the amount of heat in your stew.  I like to use about 1 cup of medium level spice chopped peppers.  If you use extra hot, it overwhelms the roasted chile flavor in my opinion. 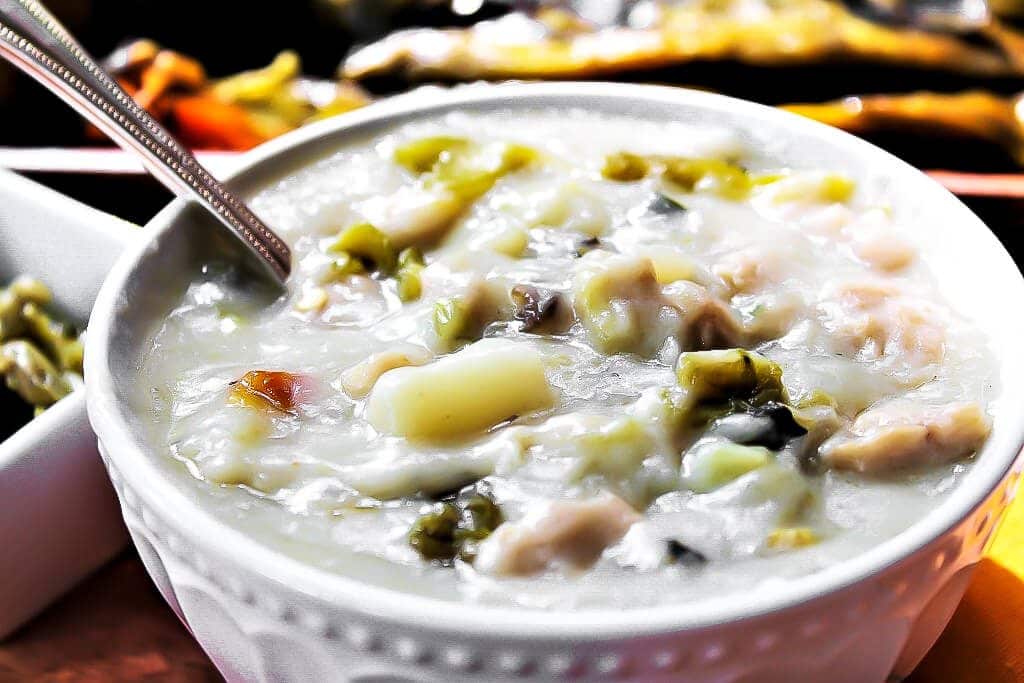 Did you make this vegan green chile stew?  Leave a comment and let me know how it went. 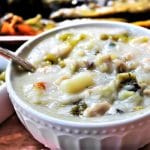 We are a participant in the Amazon Services LLC Associates Program, an affiliate advertising program designed to provide a means for us to earn fees by linking to Amazon.com and affiliated sites. View our privacy policy.
3746shares